The winds of change excuses no none; once it hits, it can bring down everything in its path. In such uncertainty, none can be as unforgiving as the financial setbacks experienced when economic variability comes into play. How then can one endure the economic storm when it gives no reprieve? Fortunately, there is one business that has survived to tell the tale: SBLI Mutual Life Insurance Company of New York, Inc.

SBLI Mutual Life Insurance Company of New York, Inc. was initially called Savings Banks Life Insurance Fund of New York. It was established way back in 1938 by former US Supreme Court Justice Louis Brandeis. Brandeis was a renowned radical reformer, who sought for, more than anything else, social equality. Hence his vision for the company was to provide life insurance and accident and health care to the American masses - the very people who constitute the backbone of the US economy. Brandeis wanted a different breed of company, free from corruption rife during his time as insurance companies were tied to or co-owned by banks, which generally were profit rather than service-oriented. With SBLI Mutual Life, he made insurance available to the common man, thus offering a brighter and more secured future for the ordinary laborer.

The economic system, which is as unpredictable as the weather, can spell success or disaster for any company that is dependent on it. With insurance companies who rely on the market to grow their investors' profits and premiums, it is important that they invest at the right time with the right companies. Unfortunately, this is easier said than done. Despite all the research and consultations, an investment can still go awry for nothing is definite with the financial industry. (If it were so easy and predictable, then all investors would have been multi-millionaires by now.)

So sometime in 2004, SBLI Mutual Life Insurance Company of New York, Inc made investments that resulted in poor returns. The losses affected their plan holders, who received a significant drop in their dividends. This prompted the State of New York Insurance Department to look into the company's affairs. The investigation it released in 2010 recommended that SBLI Mutual Life Insurance freezes its selling of new policies; it will, however, continue to collect from and honor existing policies.

Despite this monetary setback, SBLI Mutual Life Insurance Company of New York, Inc continues to operate such that it can cut back on its losses and continue to serve its plan holders. Its Board of Directors meets quarterly, with majority attending meetings regularly, a fact also noted by the State of New York Insurance Department in its report. This shows the Board's commitment to the company and the people they serve.

Aside from this, SBLI Mutual Life has maintained the policies in force. Unlike other insurance companies, it has not featured significantly in any claims dispute.

75 years after its founding, SBLI Mutual Life Insurance Company of New York, Inc. has remained faithful to its clients despite experiencing financial drawbacks. Just last year, it renewed its lease on its office building at 460 West 34th Street for another five years. The 33,000 square feet company space is said to be priced at $20 per square foot. Its continued presence on this same address serves as an assurance to its clientele that SBLI Mutual Life will stay put to serve its plan holders. 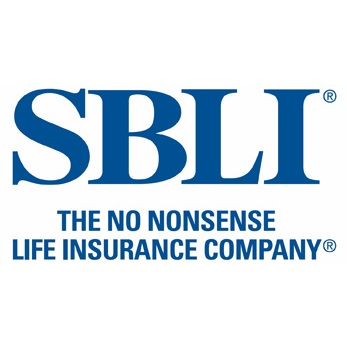