Ameritas Life Insurance Corp. understands that life will always have uncertainties. It is the company's goal to minimize these uncertainties, thereby maximizing the quality of life. The company's financial strength enables it to offer competitive insurance, investment and retirement products. The quality of service is highly ethical and professional, and very welcoming, resulting to trust and enduring relationships with its customers. Ameritas have grown assets that took its customers their entire lifetimes to build. The company's primary goal is to take care of people's worries as they plan for their future. The company works at enabling its customers to lead a happy family life that is healthy and financially secure. In short, Ameritas is in the business of ensuring fulfilling lives for its customers.

Ameritas has always placed a high priority on the needs of its customers. Its long history of financial strength has resulted to a tradition of providing top-quality products to generations of customers. Ameritas has always enjoyed high marks from ratings agencies such as A.M. Best Company and Standard & Poor's, but it measures its success by the number of lives it has touched and the number of fulfilled promises. Its Standard & Poor's rating is at A+, which is equivalent to "Strong" in terms of financial strength. This is Standard & Poor's fifth highest based on its 21 point rating system. A.M. Best Company has given Ameritas an A rating which translates to "Excellent", the third highest from the company's 15-point rating system.

Ameritas would like to help make the lives of its policyholders better through trusted, proven, and valued financial and insurance products throughout their lifetimes. The customers, associates, and partners of Ameritas are truly proud to be a part of the business organization. The company has pledged to continue working hard in order to obtain the trust of its customers, employees, and business partners. It will continuously strive at becoming the best stewards of all the resources that have been entrusted in their keeping. Part of the company's mission is to challenge, attract, reward, and grow its workforce, which it considers to be its most valuable asset. The company has also been involved in building communities, and supporting the same through its products and services, as well as its charitable activities. It is able to maintain its leadership and strength through its strict adherence to rules and regulations, and by maintaining the highest ethical standards.

The decision to change the name into Ameritas Life Insurance Corporation was made in 1988 in order to represent the company's national scope and extensive product line. Along with the name change was a new logo that had the image of the American bison. This logo will eventually come to represent the company's strength and its Midwestern work ethic and heritage. A decade later in 1998, the Ameritas Mutual Holding Corporation was established, and later on merged with the Acacia Mutual Holding Corporation. This is the largest known merger of 2 holding companies, now operating under the name Ameritas Acacia Mutual Holding Company. 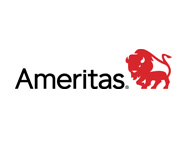