Alfa Insurance is committed to integrity, excellence, and customer expectations, through the delivery of multiple insurance lines, as well as many different financial services. The company gives emphasis to technology, and how it can enhance productivity and increase the knowledge of its workforce, thereby delivering quality services to its customers. Alfa Mutual Insurance Companies own Alfa Corporation and made its first venture into the insurance industry in 1946.

The company was established by the Alabama Farmers Federation (AFF) in 1946 with the goal of providing affordable insurance to the state's farming communities. The AFF is more than just an organization of farmers as the association is also the state farmers' lobbyist, professional society, public outreach manager, and source of information. AFF is also considered the civic and social club, support group, and professional organization for farmers. AFF created Alfa Insurance primarily to provide fire insurance to its members. In the decades that followed, Alfa insurance diversified and grew its business. Through a structure of subsidiaries and affiliates, the company was able to offer multiple insurance lines including life, property, and casualty, as well as preferred risk automobile insurance. Alfa Insurance formed subsidiaries to better handle its operations, which include Alfa Life Insurance Corporation, Alfa Agency Mississippi, Alfa General Insurance Corporation, and Alfa Agency Georgia Inc. Non-insurance subsidiaries came out as well including Alfa Investment Corporation, Alfa Financial Corporation, Alfa Builders, Inc., Alfa Benefits Corporation, and Alfa Realty, Inc. The affiliate companies include Alfa Mutual Fire Insurance Company, Alfa Mutual General Insurance Company, and Alfa Mutual Insurance Company.

Goodwin L. Myrick became its first chief executive, president, and chairman in 1978. Alfa Corporation and the Alfa Mutual Group saw a time of prosperity under Myrick, who would be around for the next twenty years, overseeing the unprecedented growth of the two companies. Myrick was a self- made farmer who started out with eight cows and grew his farm into one of the biggest dairy and cattle operation in Alabama. While serving as head of Alfa, he was also the president of the AFF.

It is during Myrick's leadership that Alfa Corporation made the transformation from a life insurance company to a comprehensive insurance company. Over 80 percent of the company's premiums came from casualty and property insurance. In 1987, the company entered a pooling agreement that will enable the selling of its property and casualty lines through the subsidiary affiliates of its Mutual Group. The pooling agreement distributed about 65 percent of premiums and losses as well as other expenses to the affiliate subsidiaries Alfa General Insurance Corporation and Alfa Corporation. This resulted to a diversification of the sources of income from just life insurance, to property and casualty as well. It entered a pooling agreement through the Alfa Mutual Group in 1987, and in 1996, Alfa effected amendments to its pooling agreement, particularly for catastrophic contingencies. Alfa's relationship with the AFF is one source of its strength. These two organizations are linked in many different ways.

Alfa Insurance derives over 90 percent of its earnings from its policy-holders in Alabama, but has made significant inroads in Georgia and Mississippi. Geographic expansion is one of the goals of the company, as it faces a decline in its profit margin due to competition and loss settlements.

Alfa is a major underwriter of property and casualty insurance, protecting its policy-holders against financial loss from weather and fire. But the company has had to deal with the impact of human error and nature on its bottom line, which became very evident during the spring storms in southeastern U.S. in 2003. In that year the total claims filed reached $40 million, which decimated the company's profits. It did not help that Alfa's business is limited to a certain region, which is reason enough for the company to broaden its market base.

In the state of Alabama, the insurance subsidiaries of Alfa Corporation have pooled their casualty and property business with the Alfa Specialty Insurance Corporation. The latter writes non-standard risk car insurance, as well as financial services like consumer lending, real estate sales and investment, and construction. 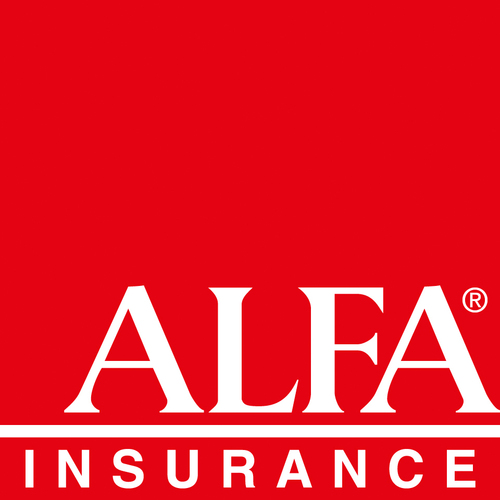